hello everyone and welcome to my blog....as you will be able to tell im still new to this and have a long way to go so please bear with me :) all feed back is welcome good or bad as it will help to to know if my work is good or if to improve it... my main work for the blog is card making but am steadily starting to make boxes and will eventully move on to other things thanks again for reading cant wait for your feed back

DT for ATC's with Attitude-April Showers

hello everyone its challenge time again over at ATC's with Attitude and the theme is April Showers.

so using Bugaboo's Angels No Sunshine and Sentiment here is what i made...

for this atc i embossed it using an embossing folder for the cuttle bug.
i then coloured my image using promarkers ans added it to the atc
i then cut out the sentiment and inked the edges before adding to the atc.
i then added 3 pearls to the bottom left hand corner

i had some good news the other day i have been accepted as part of the DT for Fat-Tastic Tuesdays which goes live on april 30th and runs every two weeks. i hope you can pop over and join us :)
Posted by Pinkies Sparkly Creations at 22:24 No comments:

DT for Artistic Inspirations-Anything But a Card

its challenge time again over at Artistic Inspirations and this week we would love to see your creations as the theme is anything but a card...

so i decided to decorate a key holder for my mum..

i hope you like this as much as my mum does xx
Posted by Pinkies Sparkly Creations at 00:40 4 comments:

hello everyone its challnege time agai over at Platypus Creek and this time we would like to see Flowers and Pearls.

so using flower sketch one which an be found here, here is what i made... 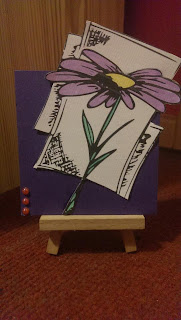 i decided to make a topper.
i covered my card in purple card.
colouring my image with promarkers i then cut out and added to the card.
i then added 3 pearls to the bottom left hand corner.
pretty simple but ready to use for a quick last min card.

its challenge time again over at Glitter n Sparkle and this week the theme is Stitching real or not!!

the sponsors this week are.. 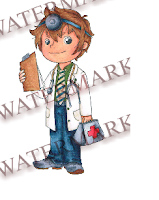 so using Syrena by Sassy Studio Designs here is what i made...

i decided to make a fat page..
to make this i covered my fat page in blue card and did my 'stitches' all the way around the edge
i then coloured my image using promarkers cut it out and added 'stitching' around the edge
adding it to the fat page i then found the heart which i added 'stitches' to and added to the fat page finishing off with blue gems coming from the top left and bottom right hand corners.

i hope you like this x
Posted by Pinkies Sparkly Creations at 00:28 No comments:

hello everyone how are you all?? well the weather seems to e getting better (fingers crossed it stays this way)

its challenge time again over at Glitter n Sparkle and the theme is buttons....cant wait to see your creations.

the sponsors this time is...

so using Turtle Flowers from Bugaboo here is what i made... 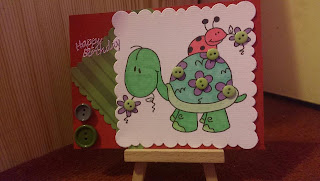 i coloured the image using promarkers then cut out using the cuttle bug.
i covered my card blank with red card i then cut the green striped card out using the cuttle bug and adding to the card at an angle.
i then added the image to the card blank with 'happy birthday' sentiment.
i then added my buttons to the centre of the flowers on the turtle and the flowers in the image.
then added 2 buttons to the bottom of the card

and using Country Hearts from Floppy Latte here is what i made...

i hope you like these xx
Posted by Pinkies Sparkly Creations at 23:42 4 comments:

DT for ATC's with Attitude- Add some Sparkle

its challenge time again over at ATC's with Attitude and the theme is Add some Sparle.....i think i went a bit OTT!!!!

so using My Fair Lady here is what i made...

to make this i went GLITTERTASTIC and completely covered my ATC in pink fine glitter :)
i then coloured my image using promarkers and added stickles to the feathers and the frills on the brolly and dress.
i then added it to the ATC along with a blue fan i made...i was going to bling this as well but thought i best not blind you all lol

i hope you like it and i didnt blind you all xx
Posted by Pinkies Sparkly Creations at 23:16 1 comment:

well here is a late one from me i had no internet on Wednesday and last night i was busy doing some last min cards for friends i didnt get time to come on the laptop.

the sponsor this time is Delicious Doodles who are offering the inner 4 digis of their choice.

so using butterfly bliss here is what i made... 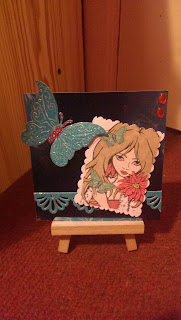 i decided to make another fat page..

i covered the fat page in blue metallic paper with metallic silver butterflies on i then used my cuttle bug to cut the glitter border which i added to the fat page.
i coloured the image using promarkers and cut using fancy scissors adding to the fat page.
i then used the cuttle bug again to cut the butterfly in glitter card then added the pin gems to the body and antenna.
i then finished off with 2 pink gems in the top corner

its challenge time again over at Platypus Creek and the theme this time is a reciepe (2 patterned papers, 1 ribbon and 1 charm)

so using Amber which can be found in the shop here is what i made.. 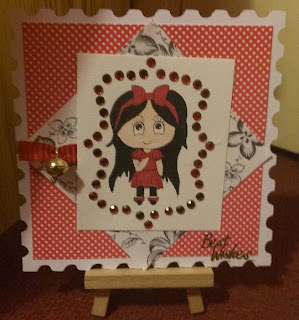 i made a nice black and red card.
i coloured my image using promarkers then added red gems all the way around the image.
i then matt and layered my card with some red and white checked paper.
then added the black and white flower papers at an angle
before adding my image.
from the corner of the digi i have my red ribbon and gold bell which came off my Lidnt gold bunny (yummy)
i then added a gold 'best wishes' peel off to the bottom

i hope you like this xx
Posted by Pinkies Sparkly Creations at 12:19 4 comments:

just to let you all know we are holding a DT CALL over at Artistic Inspirations we are looking for 2 lucky people to work with us who can create a card/project every week and comment on your share of entries and most importantly have fun!!! so if you would like to enter then pop over enter the new challenge and anter DT after you name :)

so the challenge this week is Easter/ Spring

so using Digi Darlas Off To The Hunt here is what i made...

i decided to make a fat page.
i covered my fat page with orange rose vellum
i then coloured my image using promarkers and cut out using the cuttle bug
i then cut out the shame shape but bigger with the cuttle bug rotated it and matt and layered it.
i then added it to the fat age and added the 'Easter wishes' egg to the bottom right hand corner.

i hope you lie this xx
Posted by Pinkies Sparkly Creations at 12:12 2 comments:

its challenge time again over at Glitter n Sparkle and the theme is CUTE.

before i let you know our sponsors i would just lie to let you know we had to do a re draw from the other week so make sure you pop across ad see if its you!!

so our sponsors this time is...

Daisy Doodles ho is offering the fourth winner 3 digis of their choice.


so using Sunbonnets Seamstress 3 from Digi Darla's here is what i made..

i decided to make a 'sewing' card.
whilst looking through my backing papers i found the card i got from Kanban ages ago (forgot all about it) lo so came in handy.
i coloured the image using promarkers and cut out using my cuttlebug
i covered the card using the paper and added the dress manaquine (which was part of a free gift in a mag ages ago)
i then found some scrap ribbon and added one of my new pins through it so it was ruffled and added it to the card as if it was on the sewing machine.
i then added the silver scissors to the bottom of the card.

and using Emma on Beach by Fred She Said here is what i made...

i decided to make a fat page.

i hope you like them  xx
Posted by Pinkies Sparkly Creations at 12:03 No comments: 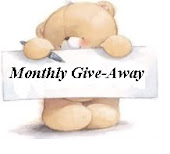 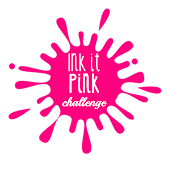 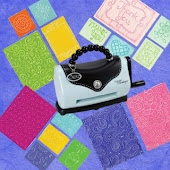 Pinkies Sparkly Creations
hi my names Emma im 23 years old and have recently started to make cards and even more recently boxes :) in the future i am hoping to be able to make more wonderful creations such as the sock monkeys but for now my time is takien up with work and cards :) 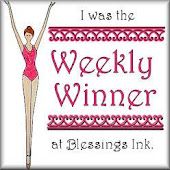 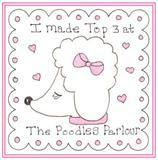 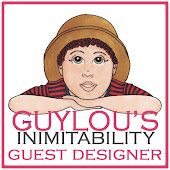 DT for ATC with Attitude 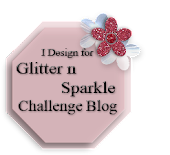 When the scrap hits the fun 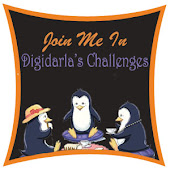 GDT for My Time to Craft